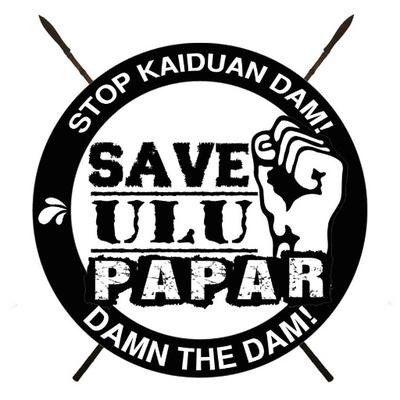 In Sabah, Malaysian Borneo, a controversial dam project that was shelved in 2015 has been resurrected by the newly elected Chief Minister Shafie Apdal despite campaign promises condemning the project. The affected communities who have mobilized against the proposal accuse Shafie’s Parti Warisan Sabah of breaking election promises.

Diana Sipail of the Task Force Against Kaiduan dam told Free Malaysia Today that despite the dam being given a different name in its latest iteration: “it will still be built on the same river and the same villagers will be affected. The only difference is the name has been changed from Kaiduan Dam to Papar Dam”.

The proposed Papar Dam will cover 5.22 sq km and is estimated to cost RM2 billion. If constructed, the dam would displace approximately 2,000 people. Apart from displacement, affected communities are also concerned that the dam will have adverse environmental impacts, destroy burial sites and submerge land over which they hold native customary title.

The dam is intended to supply water to Kota Kinabalu, Tuaran, Penampang and Putatan for the next 30 years and is being built in response to Sabah’s water capacity sitting at just 15 percent.

One possible alternative put forward by the Task Force Against Kaiduan Dam is to build coastal reservoirs, which they say are cheaper, provide the same amount of water, and cost less to maintain. Other alternatives include investing in existing water treatment plants and upgrading existing dams. Experts emphasize the importance of maintaining forest cover for water health, as reckless deforestation compounds water scarcity through increased waste, flooding and pollution of catchment zones.

Water sustainability and energy expert Adrian Lasimbang explains that the water shortage in Sabah’s cities is not due to insufficient supply but to inefficient distribution. On August 6th Lasimbang told the Daily Express “it’s actually misleading to say that we need a dam because we’re facing a shortage of water. The truth is we have enough water because our rainfall is high all year round. We must first explore all possible alternatives instead of quickly deciding to build a massive and expensive dam”.

The Borneo Project condemns Sabah’s shortsighted dam policy and urges the administration to respect indigenous land rights. Water supply is a serious issue and should not come at the expense of human rights or the environment. Parti Warsian should listen to the experts and consider wiser water alternatives.