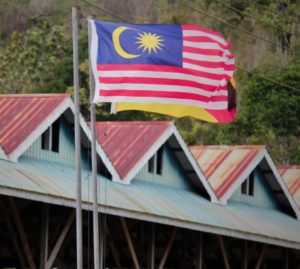 Greetings from The Borneo Project! Here are a few updates on what’s been happening this month:

The Borneo Project attended multiple side events for the 2018 GCAS in San Francisco, hearing from aligned organizations working to protect people and planet around the world.

We also had the opportunity to meet with some superstars of the indigenous rights world, such as Vicky Tauli-Corpuz, the UN Special Rapporteur on the Rights of Indigenous Peoples, pictured above with TONIBUNG’s Banie Lasimbang and Jettie.

We closed out the week with a house party hosted by Joan and Kang Kiang in their beautiful Berkeley home. Here, we heard from Banie about the homegrown energy solutions that indigenous communities have been creating while men in suits continue to argue about climate behind the closed doors of fancy summits.

Earlier this month, Malaysia’s Primary Industries Minister Teresa Kok announced that the government is committed to maintaining at least 50 percent forest cover nationwide, and will not allow any more expansion of oil palm plantations.

As we know, zero deforestation pledges need to be taken with a grain of salt. A report released this week from Greenpeace International has shown that in neighboring Indonesia, more than 130,000 ha of rainforest has been cleared by 25 palm oil groups since 2015, despite multiple pledges from palm oil giants to clean up their global supply chains.

Local civil society and the international environmental community will be watching and waiting with keen interest to see if Kok’s comments are merely more greenwashing, or if they signal a real change in the wind.

Come join us on Sunday, October 14th at Yoga Tree Castro for an afternoon of yoga with Stefanie Schur, with bonus live indigenous soundscapes performed by Amber Field Music. All to raise money for us!

Suggested donation is $40, but all donations are graciously accepted. This is a great opportunity to get all your yogi friends engaged with our work while keeping yourself energized, aligned and ready to take on the world.  See you there!