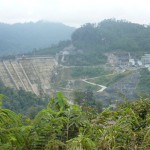 SAVE River’s on-going campaign tour in Europe has seen a lot of successful discussions and meetings with government representatives including civil societies, non-government organizations, and the corporate sector. Read more below to find out the results of these meetings and where the team of activists is headed next.

Read more about other anti-dam campaigns, then join the discussion on Facebook. The on-going campaign tour in Europe by SAVE Rivers has seen a lot of successful dialogues and meetings with government representatives including civil societies, non government organizations and the corporate sectors.  The eventful tour is in Switzerland and Norway, two of the countries which are involved in the dams building in Sarawak.

The focus of the trip is to fight against the controversial proposal for constructing various large Hydroelectric Power (HEP) dams in Sarawak. The dams, if built, would effectively result in the inundation of thousands and thousands of square kilometres of bio diverse forest, villages and agricultural areas.

Most of the lands which could be flooded belong to the indigenous peoples who have lived on the lands for hundreds of years. The dams would also result in the forceful resettlement of the villagers, majority of who are against the proposed dams.

Describing the tour in Switzerland as “effective and fruitful”, Peter Kallang, the chairman of SAVE Rivers who is one of the team members said that he is “heartened” by the respond from the campaign there. The meetings in Switzerland include one in Bern with the Swiss Ambassador for the Free Trade Agreement with Malaysia. Commenting on the meeting,  Lah Jok from Long Liam, who is with the team said, “The Ambassador is undoubtedly responsive towards our predicament and I find the meeting as positive.”

The cooperate sector in Switzerland who had a meeting with the delegation was ABB one of the European companies who was involved in the HEP dams in Sarawak. The company has agreed to review their business in Malaysia and they stated that they do not have any new deal with Sarawak Energy Bhd in HEP dams.

Starting from the 18th of May, the team is now in Oslo the capital city of Norway among others they have had a meetings with a Member of Parliament, Suoroe Valen, from the Socialist Party, Representative from the Organization of Economic Cooperation and Development (OECD). The team has also requested a meeting with Norconsult, one of the European companies which are involved with the construction of the HEP dams in Sarawak. In Malaysia, Norconsult operates through its subsidiary, NorPower Sdn. Bhd. However, the request was turned down by Norconsult via emails which stated “as a professional actor in the consulting sector, Norconsult does not disclose information concerning client relations to other external actors.” Responding to the company’s statement, Peter Kallang commented, “Norconsult is willing to drown the our people but refuse to meet us.”

SAVE Rivers campaign tour in Europe will see more meetings and conferences which will be organized with more civil societies, government bodies and executives after which the team will be heading home.