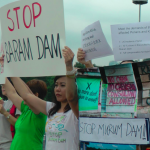 A peaceful protest against mega dam projects in Sarawak took place outside the Kuala Lumpur Parliament building yesterday morning. Protesters held signs against the Murum Dam and Baram Dam, asking the Malaysian government to respect indigenous demands for a fair settlement or stop construction of the dams altogether.

Join the protest online and tell the Sarawak government and Sarawak Energy that they need respect the rights of the people of Murum: Click here to take action! 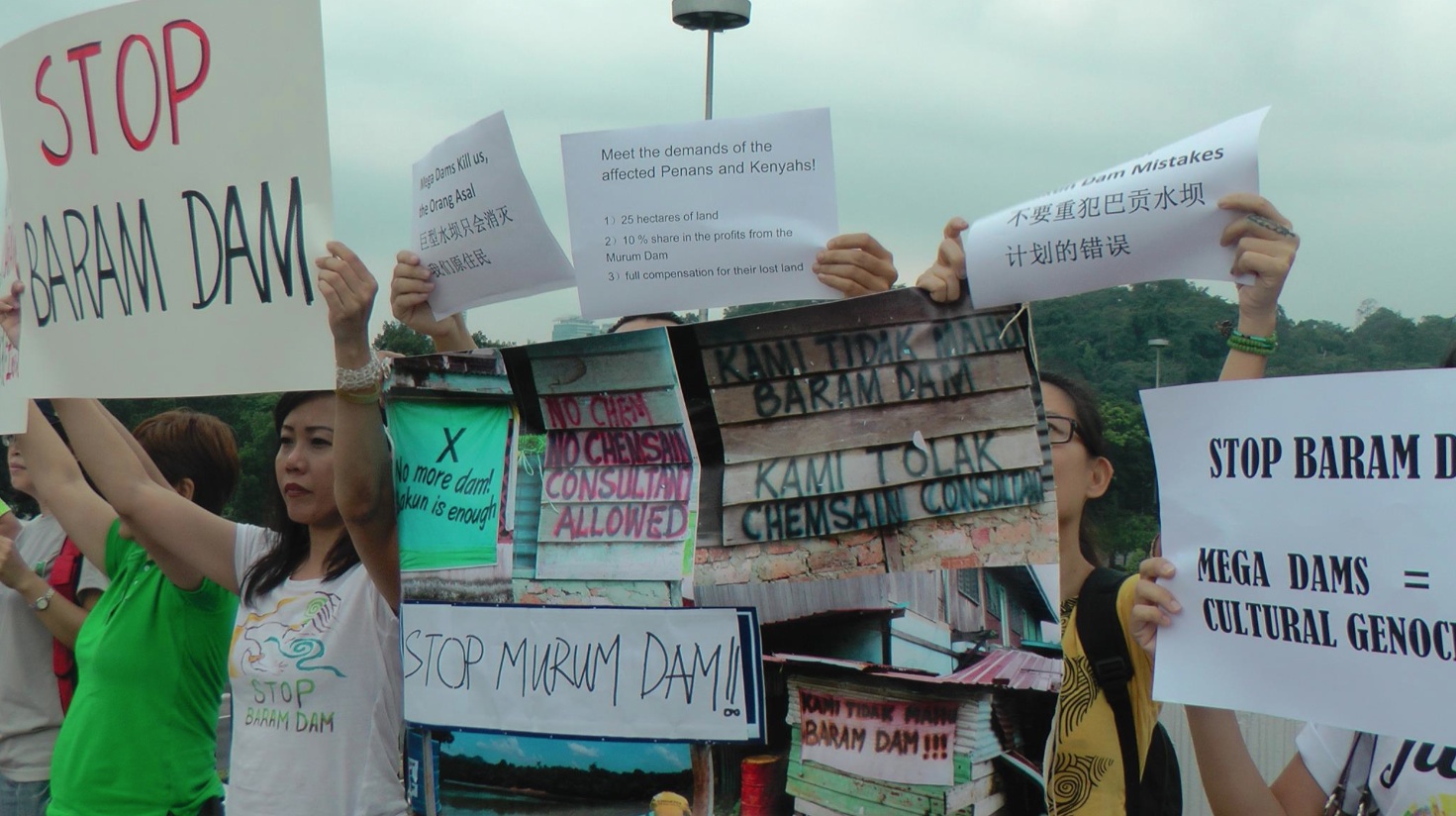 KUALA LUMPUR: A group of people objecting the Murum Dam in Sarawak held a peaceful demonstration outside the Parliament this morning.

The group, about 25 people, arrived at about 10am today in protest against the Sarawak Energy Board which allegedly burnt down several Penan villages and their belongings to make way for the dam project. The SEB has denied this.

The group was also joined by several others who protested against the Lynas rare earth plant in Gebeng, Pahang.

The situation outside the Parliament was under control with minimal police presence.

Also present with the protesters was PKR MP N Surendran.

On Saturday, SAVE Rivers Network chairman Peter Kallang alleged that SEB had committed arson on a Penan village in Belaga while several boats belonging to the natives were sunk, prior to the unexpected impoundment of the Murum Dam. 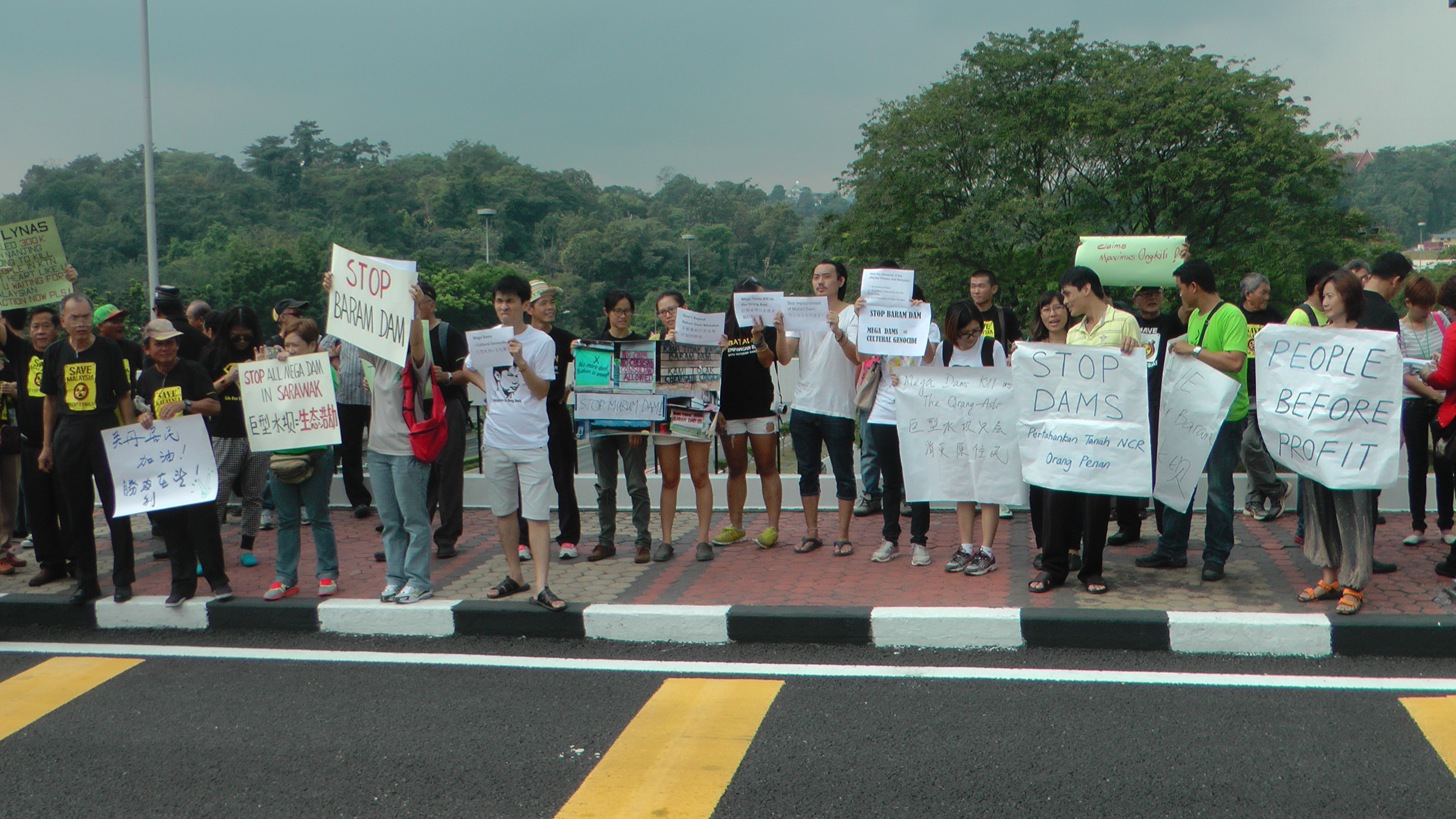 However, SEB denied the allegations and accused the NGO of spreading lies in order to create a panic among the people.

SAVE Rivers Network activists present outside Parliament urged Prime Minister Najib Tun Razak to intervene and stop the impoundment of Murum in the interest of human rights.

“We also urge SEB and the Sarawak state government to respect the indigenous community living in the area, as per the United Nations Declaration on the rights of Indigenous Peoples (UNDRIP) and the Malaysian Constitution,” said the group, via a press statement.

The protest ended peacefully at about 11 am.