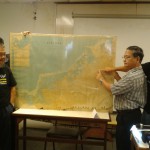 “Flood from the dam and the infrastructure associated with the construction will definitely bring irreparable damage to the whole environment. It will destroy a heritage for which all Malaysian or human race should respect and harness.”

For more information on mega-dams in Borneo, please visit: https://borneoproject.org/our-work/ongoing-campaigns/stop-the-dams

NO DAM FOR BARAM 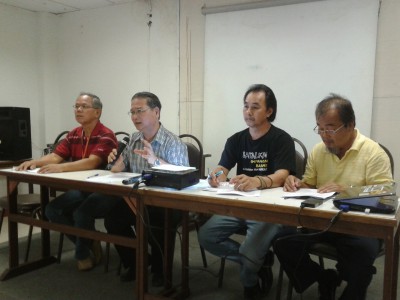 Besides the colossal environmental devastation and severe consequence on the ecosystem that the dreadful Baram Dam will bring, it will also rage a permanent degeneration of the ethnic identity and heritage of the populaces who live in the region. Based on the number of villagers, the most affected are the Kenyah followed by the Kayan and Penan population. These are also the same majority groups of people who are most affected by the Bakun Dam which was just commissioned. The same like it was done in Bakun, the decision in building the Baram Dam seems to be in total disregard for all those who area affected. It is built for the benefit of others rather than those who live in Baram and for the long term good of the Baram.

As one of those affected I just can’t understand this injustice and this outrageous and abusive exploit. This seems to be a senseless exploitation which is primarily driven by avarice coupled with immorality. For us who are directly and adversely affected parties, no one can blame us in thinking that this is a calculated, intentional and purposeful manoeuvre to wipe out our races. Why it could be seen as an act in complete disregard for our wellbeing and opinion could be proven by the priority given to the preparatory construction activities done even before the proper Social Impact Assessment (SIA) and the Environmental Impact Assessment (EIA) are completed or perhaps not even started and made accessible to affected and interested parties. In doing this, it seems the construction of the dam is to be implemented whatever the findings or recommendation would eventually be available if and when the EIA or SIA is done. 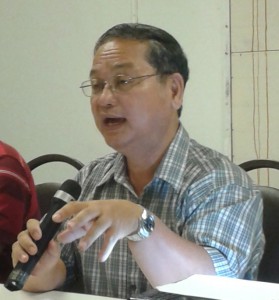 The Baram is the least developed part of Sarawak and arguably the least developed area in the whole of Malaysia. So far, the only so called “development” which are seen in Baram are the colossal and exhaustive exploitation or extraction of the Baram natural resources; these are like reckless harvestings of the timber, extraction of lime stone, sand dredging, vast oil palm plantations and now the dam for hydropower electrical generation. So far, practically all the beneficiaries of these so called developments are big companies owned by big tycoons from outside the Baram. Most of the workers employed at these facilities are also from outside Baram and a lot of them are foreigners. So to say that these “development” bring employment is a fantasy. Like all the past exploitation of the Baram resources there is little doubt that employment spin-off from the proposed dam is “just a pie in the sky” for the Baramites. As seen at the construction stage of the Bakun and Murum dams, the locals are not employed in significant numbers during the construction or their involvement in the operations after completion of the construction. We do not see how the dam can bring significant economic opportunities for the locals.

Recently, I had a conversation with the headman from one of the village which is within the proposed reservoir area of the Baram Dam. He criticised those who do not plant rubber or not building new longhouse for fear that these would be flooded when the dam is completed; he said that he did not believe that the government would build such a dam. He said that if such a dam was to be built, the government would have already been busy consulting the affected people and getting their consent. The reaction by this particular headman reflects the effectiveness of the discreet process practiced in building the dam. The dam construction although it will affect a lot of people, at the moment is one dark secret kept away from those living in Baram. If it is occasionally mentioned by the proponents, the subject would be down-played, watered-down with downright euphemism. However, the reality as we learnt from newspaper reports and information dripping from the project supporters speaks of an affected area covering 38,900 hectares (389 sq km) or ½ the size of Singapore Island. It will be constructed of around 180 metres above seal level and will generate 1,200 MW of electrical power. So, with these realities no one can blame the fear which was noted by the headman. This fear is shared by many in the whole of Baram whether they are living above or below the proposed dam site.

At least 90% of the land mass which will be flooded by the dam’s reservoir will be the Native Customary Rights land (NCR). The foreseeable fiasco resulting from this will no doubt be contributed by the now famous government’s interpretation of NCR which differ from that of the native’s custom (Adat). The native’s interpretation is recognised by the judiciary as proven by the various court cases where the native claimants have won. This will again result in more cases of dissatisfaction among the people affected. With the single mindedness of the government in constructing the dam, the people, for whom they are supposed to bring development, will unavoidably be marginalised. For the Orang Ulu their very survival from generation to generation has been based on the land. They are basically farmers and gatherers. To disregard this fact would be to purposefully disorientated and thus destroy the harmonious way of life. Flood from the dam and the infrastructure associated with the construction will definitely bring irreparable damage to the whole environment. It will destroy a heritage for which all Malaysian or human race should respect and harness.

Relocation of the people to make way for the Baram Dam will definitely result in a permanent social damage. The Kenyah and Kayan people traditionally live in longhouses. Even the very structures of the longhouses are traditional in nature, reflecting the social structure of the communities and thus keeping the Kenyah and Kayan together from time immemorial, enabling them to face famine, wars, epidemics and natural tragedies. These structures are delicate and are now facing a lot of challenges from modern lifestyles and globalisation. Mass relocation of the people will no doubt spell the end of the traditional social structure.

In the traditional Kenyah and Kayan community, each longhouse normally comprise a group of people who are of the same dialect. For the Kenyah they could be Lepo Tau, Badeng, Lepo Aga, Jamuk, Long Sebatu etc. For the Kayan they could be Uma Baluvah, Uma Kelep, Uma Pu etc. The people of each dialect have from generation to generation, their bonds to each other make it possible for them to live in a family like attitude towards one another. Even in the face of large rural-urban migration, the Kenyah and Kayan consider their ancestral villages as their real home. They maintain their houses in the Baram and they normally go back on festive occasions like Pusau Anak, Christmas or Suen. Relocation of the people for the dam would also pose a direct challenge to this bond that is part of the social structure.

The social structure of the dam will not bring development but severe and permanent damage to the whole environment and the people. Development must be for the immediate and long term good of all the people with minimal, repairable or no damage to the environment. The decision for major project like the construction of massive dams should be made by the people. It must be a collective decision, which is made based on well informed decision. The people must know the pros and cons of the dam. Information must be made available freely to them and only after that can they decide. So looking at the proposed Baram Dam, none of these are met. Baram Dam is not required to bring development to Baram.