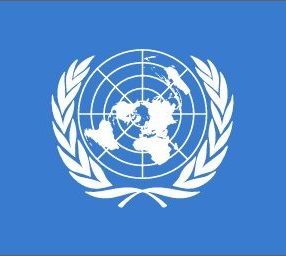 “On this annual observance, let us commit to fully realizing the United Nations Declaration on the Rights of Indigenous Peoples, including the rights to self-determination and to traditional lands, territories and resources.” — UN Secretary-General António Guterres

Note: this article is reposted from un.org

Indigenous peoples are inheritors and practitioners of unique cultures and ways of relating to people and the environment. They have retained social, cultural, economic and political characteristics that are distinct from those of the dominant societies in which they live. Despite their cultural differences, indigenous peoples from around the world share common problems related to the protection of their rights as distinct peoples.

Indigenous peoples have sought recognition of their identities, way of life and their right to traditional lands, territories and natural resources for years, yet throughout history their rights have always been violated. Indigenous peoples today, are arguably among the most disadvantaged and vulnerable groups of people in the world. The international community now recognizes that special measures are required to protect their rights and maintain their distinct cultures and way of life.

As a result of loss of their lands, territories and resources due to development and other pressures, many indigenous peoples migrate to urban areas in search of better prospects of life, education and employment. They also migrate between countries to escape conflict, persecution and climate change impacts. Despite the widespread assumption that indigenous peoples live overwhelmingly in rural territories, urban areas are now home to a significant proportion of indigenous populations. In Latin America, around 40 per cent of all indigenous peoples live in urban areas — even 80 per cent in some countries of the region. In most cases, indigenous peoples who migrate find better employment opportunities and improve their economic situation but alienate themselves from their traditional lands and customs. Additionally, indigenous migrants face a myriad of challenges, including lack of access to public services and additional layers of discrimination.

The 2018 theme will focus on the current situation of indigenous territories, the root causes of migration, trans-border movement and displacement, with a specific focus on indigenous peoples living in urban areas and across international borders. The observance will explore the challenges and ways forward to revitalize indigenous peoples’ identities and encourage the protection of their rights in or outside their traditional territories.

The observance of the International Day will take place on Thursday 9 August 2018 from 3:00 pm to 6:00 pm in the ECOSOC Chamber at the United Nations Headquarters in New York. The programme can be found in Events. More information in the Department of Economic and Social Affairs (DESA) page.

Languages play a crucially important role in the daily lives of all peoples, are pivotal in the areas of human rights protection, peace building and sustainable development, through ensuring cultural diversity and intercultural dialogue. However, despite their immense value, languages around the world continue to disappear at an alarming rate due to a variety of factors. Many of them are indigenous languages.

Indigenous languages in particular are a significant factor in a wide range of other indigenous issues, notably education, scientific and technological development, biosphere and the environment, freedom of expression, employment and social inclusion.

In response to these threats, the United Nations General Assembly (UNGA) adopted a Resolution (A/RES/71/178) on ‘Rights of Indigenous Peoples’, proclaiming 2019 as the International Year of Indigenous Languages.