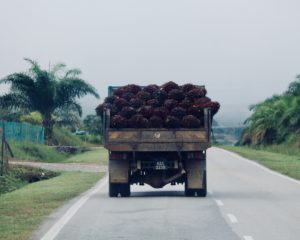 On Tuesday, Malaysia’s Primary Industries Minister Teresa Kok announced that the government is committed to maintaining at least 50 percent forest cover nationwide, and will not allow any more expansion of oil palm plantations. This was not announced as part of an official policy platform, but after Kok’s keynote address at the Corporate Malaysia Summit.

Kok framed this as a wise business decision, pointing to the global oversupply of palm oil. She suggested farmers should diversify their crops and that Malaysian Sustainable Palm Oil (MSPO) compliance would improve the viability of the industry. This comes after last month’s announcement that 100 percent of existing palm oil companies need to be MSPO compliant by the end of 2019.

Kok’s comments will no doubt see backlash from Sarawak, who believe palm oil is a key part of the state’s economic development. Sarawak was left out of the talks that have been taking place between neighbouring Sabah and the Federal Malaysian government, presumably for this reason.

It is hard to make the economic argument for palm oil when the environmental impacts are so devastating. The palms grow exclusively in hot and humid tropical forest conditions, so land clearing to make way for plantations tends to take place in some of the world’s most valuable rainforests, carbon sinks and biodiversity hotspots – such as West Africa, the Amazon and Borneo. The industry has come under fire for massive deforestation, the widespread use of toxic pesticides, the destruction of vital peatland and – most famously – for killing about half of the world’s orangutans, our endangered relatives.

It is estimated that palm oil is present in 50 percent of our supermarket products. It is surreptitiously added to everything from lipstick to washing detergent to bread, usually labelled as vegetable oil. It is safe to say that we are all consumers of palm oil, whether we know it or not.

Although in some instances oil palm cultivation has helped alleviate remote and rural poverty in Sarawak, the past 30 years of oil palm expansion has come at significant human cost. The market is dominated by a handful of government-backed large scale corporate producers, who wield cartel-like political influence. Migrant workers experience extremely poor conditions and the industry has repeatedly been called out for its rampant use of child labour. Rapid land acquisition has led to conflict and exploitation, and many indigenous communities have lost their ancestral lands in predatory deals.

Around 90 percent of palm oil is produced in Indonesia and Malaysia alone, so this policy change has the potential to pack an environmental and social punch. Malaysia has a long history of toothless environmental policies, particularly when it comes to palm oil, and its reputation and trade prospects have been seriously damaged by its poor sustainability record.

We hope Kok’s comments turn into binding policies that hold Sarawak and its oil palm companies to account. We also hope that “forest cover” actually means real forest, not planted forest for agricultural purposes. Local civil society and the international environmental community will be watching and waiting with keen interest to see if Kok’s comments are merely more greenwashing, or if they signal a real change in the wind.