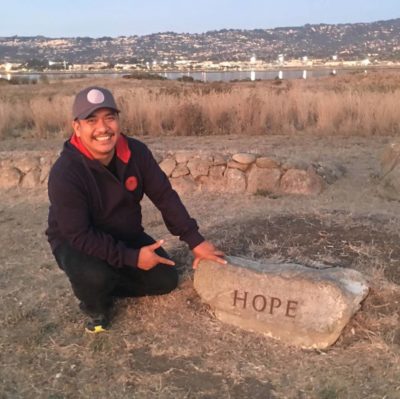 We are thrilled to learn that on Monday 27th August, Adrian Banie Lasimbang will be sworn in as a new member of the Malaysian Senate. Banie is on The Borneo Project’s Advisory Council and is the Executive Director of our grassroots project partner TONIBUNG. His work centers on improving the socio-economic conditions of rural indigenous communities in Sabah and Sarawak.

In 2004, Banie was awarded the Seacology Prize for Indigenous Conservationist of the year for protecting watershed areas and improving livelihoods in rural indigenous communities in Borneo. In both 2007 and 2008 he received the Outstanding Young Person Sabah (TOYPS) award for his work integrating natural resource management and rural indigenous communities. Adrian also runs Penampang Renewable Energy, a renewable energy consultancy company,  and he is a technical advisor for Indigenous Peoples Network of Malaysia (JOAS).

TONIBUNG has been instrumental in implementing micro-hydroelectric systems for communities in the Baram basin, making clear that renewable village-scale solutions are viable policy, demonstrating that mega-dams should sit firmly in the rear view mirror of Sarawak and Sabah’s energy future.

We are delighted to hear of his appointment and are looking forward to seeing a champion of sustainable energy in the Malaysian Senate.

Check out Banie in our mega-dam film series. You can follow TONIBUNG here.