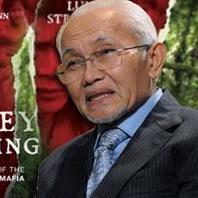 The Bruno Manser Fund is willing to share with the new Malaysian government the results of a seven-year evidence-gathering process on corrupt practices by Sarawak’s former Chief Minister and current governor Taib Mahmud.

“We are happy that Prime Minister Mahathir is willing to look into Taib corruption again and are hoping that MACC and the Attorney General’s Chambers will soon be reopening the Taib case”, said Lukas Straumann, the Executive Director of the Bruno Manser Fund.

“The investigation should focus on the allocation of state lands to Taib family members and on the Taibs unexplained wealth overseas.”

In December 2011, an international NGO coalition approached the then Attorney General, the Malaysian Anti Corruption Commission and the Inspector General of Police, requesting the arrest and prosecution of thirteen Taib family members for conspiring to steal Sarawak state assets and lands. The letter was left unanswered.

In the course of its Stop Timber Corruption campaign, the Bruno Manser Fund has since 2011 identified over 400 companies in 25 jurisdictions with links to the Taib family.