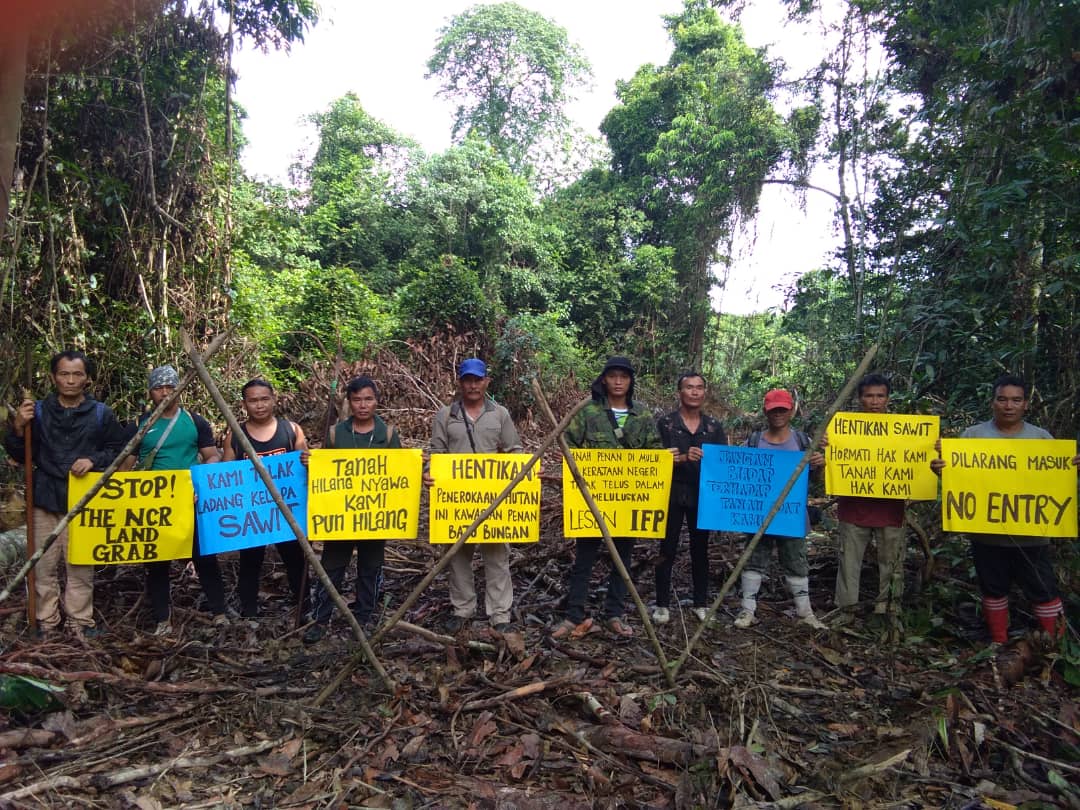 As a Sarawak indigenous delegation is travelling to Brussels to lobby EU officials, a new report is detailing multiple legal breaches by Malaysian palm oil producer Radiant Lagoon near the UNESCO-protected Gunung Mulu National Park, one of the world’s biodiversity hotspots.

A fact-finding mission has shown that, between December 2018 and March 2019, Radiant Lagoon felled an estimated 30,000 cubic meters of timber worth over USD 10 million without a timber extraction license. This is one of several legal breaches identified by Swiss conservation NGO and Borneo Project partner Bruno Manser Fund (BMF).

Other important breaches include the failure to respect Native Customary Rights by the local Penan and Berawan/Termin communities, the payment of suspected bribes to Berawan/Tering leaders and the failure to start planting within two years as stipulated by the 2008 lease.

Radiant Lagoon is controlled by Yee Ming Seng, the owner of the Malaysian Double Dynasty group that sells its palm oil to international brands such as Nestlé, Unilever, Mondelez and P&G.

The flaws date back to December 2008 when two oil palm leases over 4,400 hectares of mixed zone land were granted to Radiant Lagoon by then Chief Minister and current Governor Abdul Taib Mahmud (Taib).

At the time, the company was controlled by Chung Soon Nam, one of the closest business associates of Taib’s son, Mahmud Abu Bekir Taib. Radiant Lagoon was also granted a special condition, extending the allowed planting period to 15 years instead of the standard 5 years.

Soon after the leases were granted, Chung Soon Nam transferred the majority of shares to Taib’s son who had already been a company director in early 2008 but resigned before Radiant Lagoon received the leases from Taib’s ministry.

The leases were granted to Radiant Lagoon at extraordinarily favourable conditions with an annual rent of only 60 US cents per hectare.

Another concern regards the handling of the mandatory Environmental Impact Assessments for the leases. Sarawak’s Natural Resources and Environment Board, a state agency, keeps these important public documents under lock and refuses to make them accessible to the Mulu indigenous communities.

Finally, according to the lease stipulations, the leaseholder would have been obliged to begin planting within two years after the leases were granted. Radiant Lagoon has itself admitted that it has waited almost ten years before it commenced the development of the plantation.

According to the lease provisions, any “breach or a default in the observance of any or all the conditions […] shall render the land liable to forfeiture.”

The Borneo Project joins BMF’s call on the Sarawak government to declare the Radiant Lagoon leases null and void with immediate effect, as the company has waited too long with planting and has thus forfeited the leases.

“Instead of issuing trade war threats to the EU, Malaysian politicians should focus on cleaning up Sarawak which has become the dirty backyard of the Malaysian palm oil industry”, said Lukas Straumann, the Executive Director of BMF.